Lessons from Alex Honnold and the Film “Free Solo”

What we can learn from the man who achieved “perfection.”

Alex Honnold is one of the world’s best rock climbers. On June 3, 2017, he became the first person to climb the 3,000 foot granite rock face of El Capitan in Yosemite National Park. By himself. With no ropes. He also filmed it, along with the year leading up to it, in a stunning National Geographic documentary called Free Solo.

You may well think, “Ok… dude’s crazy,” but the reality is very inspiring (at least if you’re not deathly afraid of heights). Alex isn’t  crazy; he’s focused  — singularly focused — on being the best. He trained physically, but more importantly, mentally, for over a year specifically for this climb.

And it paid off. Not just because he made it (spoiler alert), but because he had mastered the seemingly-impossible and enjoyed every minute of the experience. At one point in the film during his ascent, Alex is a couple thousand feet above nothing, scaling up a rock face that wouldn’t appear climbable at all to normal humans, and one of the crew guys says, “Alex is having the best day of his life right now.”

I like drawing connections between crafts and theories. Usually this results in taking lessons from one craft and applying it to life in general (i.e. improv). I think subconsciously I’m trying to prove that life isn’t that complicated — and it turns out you can draw metaphors for “everyday life” from almost anything. Well, this film inspired me in the same way. Here’s what you can learn from “one of the great athletic feats of any kind, ever.” (The New York Times)

Be a master of your craft.

In a TedTalk Alex gave (which is chock full of more awesomeness), he said, “I came to accept that I wanted to test myself against El Cap. It represented true mastery.” And so he set off to master it. He climbed the mountain over and over again (with a rope), memorizing hand and feet placements and choreographing sequences. In an interview Alex gave on Jimmy Kimmel, he said, “Each movement of my hands and feet is super-well thought out, very controlled, very precise… I’m executing a routine… I could actually walk you through all the moves.” There was one maneuver so difficult that Alex visualized the choreography to it and did a nightly stretching exercise for a full year. For one maneuver. He had to master it.

Though I’m sure he can’t take credit for coining this phrase, my friend director Motke Dapp, says “be a master of your craft” all the time, so I started repeating it. Sometimes the process will be mundane and repetitive; sometimes it will be scary; and sometimes you’ll fail. But no matter your chosen field, relentlessly pursue perfection of it. Then when it’s time to perform, you’ll be ready.

Which brings up a good question: Is there such a thing as “perfect?” Well, in the world of rock climbing, free soloing (successfully) is about as close as it comes. Alex had to be perfect. Literally perfect. He was facing the greatest stakes imaginable. This is what we’re seeking when we set out to master a craft — to feel perfect. And as Alex said, “It feels good to feel perfect, even for a brief moment.” 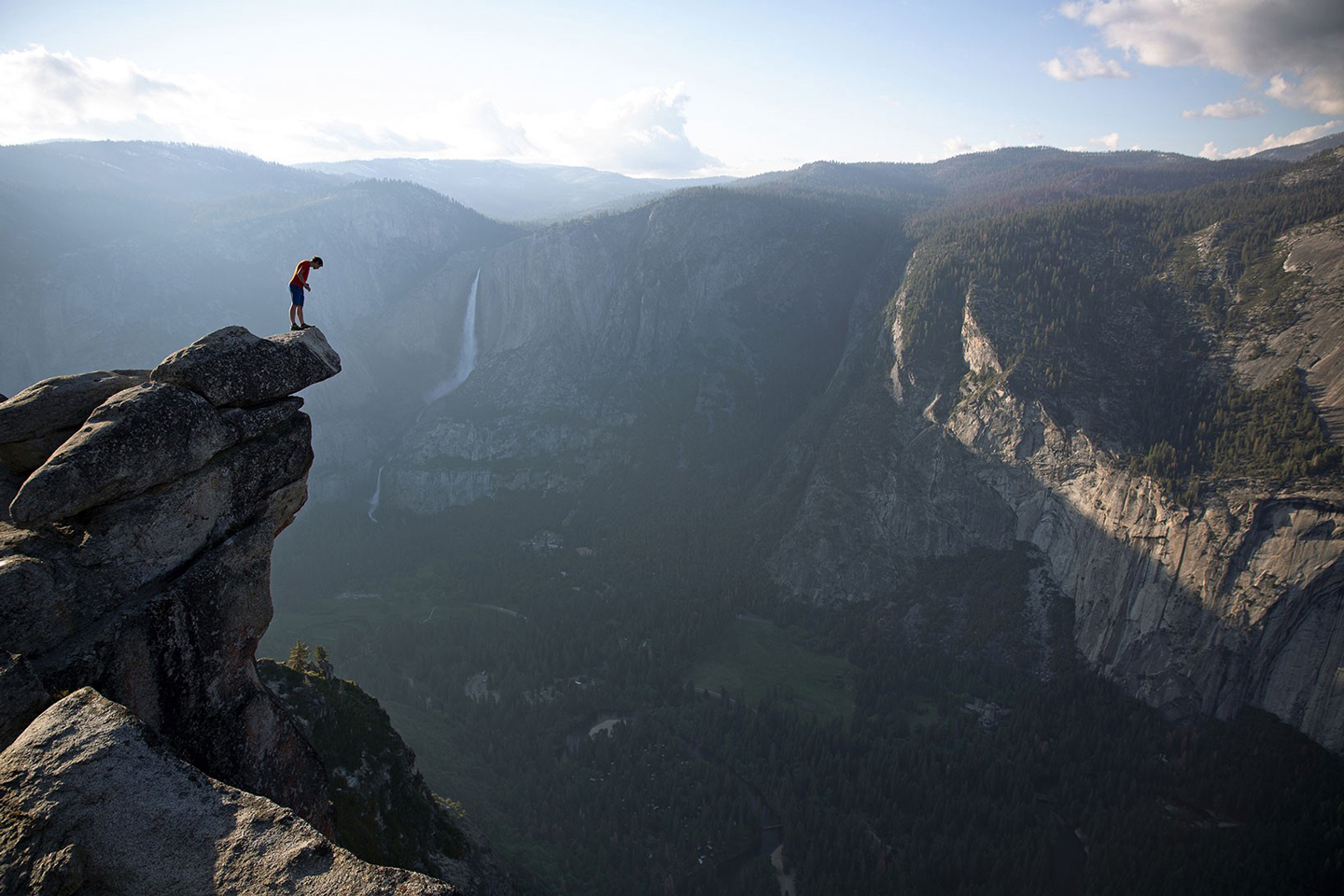 While quotes and platitudes on conquering fear may be inspiring, sometimes it’s almost impossible to act when you’re overcome by trepidation. Some fear is good (it prevents normal people from, say, climbing a mountain without a fucking rope), but it is also the biggest reason we don’t do things and later regret it. Alex said, “You will always feel fear, but over time you will realize the only way to truly manage your fear is to broaden your comfort zone.” He’s simply talking about pushing yourself.

And so you should. But the way he phrased it was interesting, and it made me think of a simple technique: Change the language. Change the goal. Don’t make the goal about the fear itself (you know that quote that one guy said); make the goal to broaden your horizons.

When I took a musical improv class, this is exactly what I was doing. (Although I didn’t think of it this way at the time. I had plenty of fear.) Was I afraid to get up on stage and sing an improvised song in front of people? Totally. But my goal wasn’t to overcome that fear… It was to get better at improv.

“Happiness” as a goal may not be the answer.

At a point in the film when everyone, including and especially the audience, is supposed to question Alex’s motives, he said, “Everyone’s goal in life is to be happy… mine is performance based.” This immediately reminded me of a commencement speech Matthew McConaughey gave at the University of Houston where he was discussing happiness verses joy:

“Happiness is an emotional response to an outcome… It’s an ‘if-then,’ cause-and-effect, quid-pro-quo standard that we cannot sustain because we immediately raise it every time we attain it… If happiness is what you’re after, then you’re going to be let down frequently, and you’re going to be un-happy much of your time… Joy though… Joy is the feeling that we have from doing what we are fashioned to do, no matter the outcome.”

Now, of course we all want to be happy; however, I think this goes back to the simple technique of changing language. Your goal doesn’t have to be happiness. Your goal should be to seek joy everywhere you can find it. Alex gets joy from performing at the highest level. That’s what he’s fashioned to do.

Ok, joy is our new goal… where do we find it?

Find and nurture the parts of life where you excel.

Life is hard. It’s ok to think it. It’s ok to say it. I think people are too hard on themselves (especially in the age of social media and “FOMO” and #HumbleBrags), but so much of this comes from overthinking it. Start with this question: “What am I good at?” We may not know what we’re ultimately fashioned to do yet, but that’s ok. What are you good at?

In the film, Alex said, “There’s so much in life where you’re like, ‘I’m not good at life, but at least I’m really good at this.’” You don’t have to be a master — in fact, you won’t be until you set off to actually master it — but everyone has some aspect in life in which they excel. Find those things. Nurture them. Celebrate them. And don’t apologize for it!

Dude lived in a van for nine years. Just saying, minimalism has its merits. That’s all. 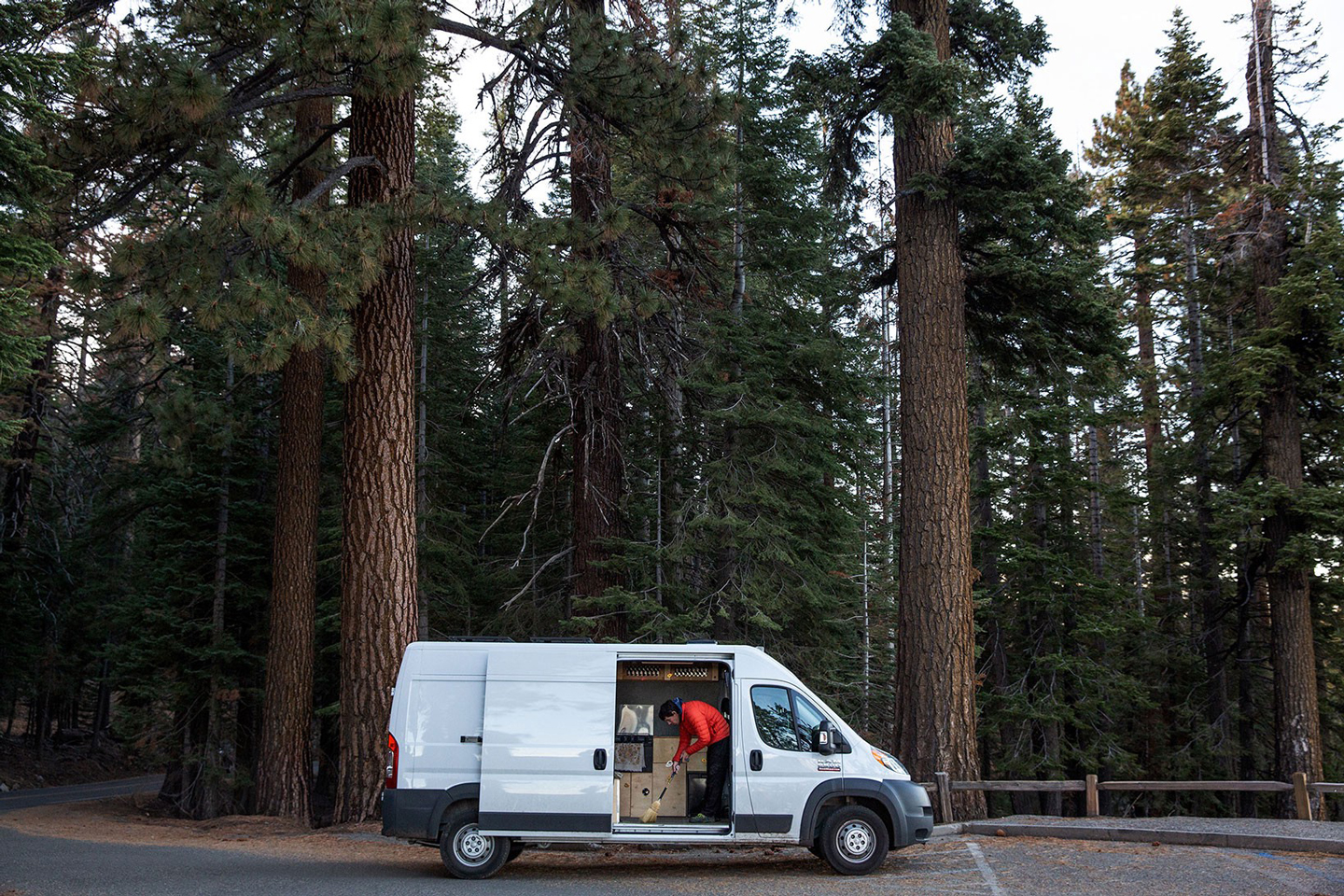 *All photos courtesy of National Geographic